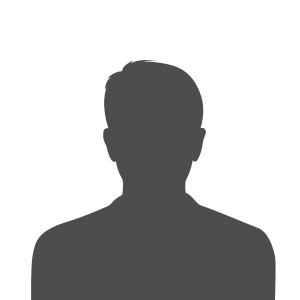 Synthesis, Characterization, and Crystal Structure of [Co4(CH3CO2)2L4]2[BPh4]4⋅0.5H2O, Where HL = 4-(Salicylaldiminato)antipyrine

The title complex was isolated as a red solid from the reaction of 4-(salicylaldiminato)antipyrine, HL, and cobalt (II) acetate in ethanol. The complex has been characterized by elemental analysis, FTIR, UV-Vis, and X-ray single crystal diffraction. Two crystallographically different cationic units, A and B, of the title complex are found. Both units are essentially isostructural; nevertheless, small differences exist between them. Both units contain four cobalt atoms arranged at the corners of distorted cubane like core alternatively with phenoxy oxygen of the Schiff base. In both cases, one cobalt binds to three coordinated sites from the corresponding tridentate Schiff base ligand, and the fourth one was bonded by the acetate oxygen, and the fifth and the sixth donor sites come from the phenolate oxygen of another Schiff base ligand.

The title complex was isolated as red solid material from the reaction of Co(SCN)2 with 4(Salicylaldimine) antipyrine in ethanol. The molecular structure has been determined by elemental analysis, FT IR, UV-Vis and X-ray diffraction. The crystallographic data are: monoclinic

The preparation and characterization of a cobalt substituted ETS-10 titanosilicate are described. X-ray diffraction shows that cobalt incorporation causes an increase in unit cell dimensions. UV–VIS, EPR, Raman and Co K-edge XANES spectra all show that Co2+ occupies tetrahedral sites, substituting for silicon. The 29Si NMR spectra do not permit identification of which silicon sites in ETS-10 are substituted, but the Co K-edge EXAFS shows clearly that Co2+ substitutes at Si(3Si,1Ti) sites.

A review is given of recent work in the authors' laboratory on the characterization of different forms of nanostructured titania. It is shown that nanocrystalline anatase powders and nanocrystalline anatase thin films differ significantly in their optical properties, due primarily to differences in sintering behaviour on drying. It is argued that the electronic properties of these systems are determined by surface phenomena rather than quantum size effects. The novel titanosilicate zeolite ETS-10 which contains one dimensional “quantum wires” of titania provides an alternative system for studying quantum size effects which has considerable potential for photocatalysis.

: This paper describes 29Si, 27Al, 207Pb and 113Cd NMR studies of Pb- and Cd-exchanged LTA zeolites. The 113Cd NMR spectra identify for the first time two different coordination states for Cd2C in hydrated CdLTA, consistent with x-ray single crystal diffraction data for this zeolite. The effects of Cd2C exchange on the 29Si NMR spectra of LTA are also consistent with the structural data. Cd2C exchange perturbs the 27Al NMR spectrum of the zeolite, as does Pb2C exchange. Changes in the 29Si NMR spectra on Pb2C exchange are explained in terms of structural distortion of the framework. 207Pb NMR spectra of Pb2C exchanged LTA show a single broad signal indicating that Pb2C cations are rigidly located in the zeolite at relatively long Pb—O distances in the hydrated zeolites.

Iron substituted ETS-10 samples with different Fe/Ti ratios were synthesised hydrothermally. The occurrence of a doublet with the isomer shift of octahedral Fe(III) in the Mossbauer spectra.

Lead compounds still have numerous applications in our society, in spite of their known toxicity *. For example they are used in batteries and petroleum additives, paints and housing materials, catalysts and ceramics, glasses and semi-conductors. Elemental analysis will readily show the presence of lead but precise knowledge of the form it takes should be accessible with solid-state 2G7pb NMR, because NMR can probe the local environment of the lead atom(s) 2 ' 8 . The enormous chemical shift range, >15,000 ppm, already established for lead 9 suggests that small changes in its environment will lead to easily detected changes in chemical shift provided that the usual line narrowing techniques developed for solids, such as magic angle spinning (MAS), are successful. On the other hand, distortions from regular geometry around the lead atom will induce large changes in chemical shift anisotropy, and make detection more difficult as has been found for ^H g *0. The aim of this work has been to investigate parameters and variables required for the successful detection of this nucleus which has very favourable properties ( spin 1/2, 21% natural abundance) in the solid state. We have recently shown that 207pj, NM R spectra of solid lead(II) nitrate are significantly and uniformily dependent on temperature ?. Here we present results for some simple lead compounds as well as for model sytems related to soils such as leadexchanged zeolites H